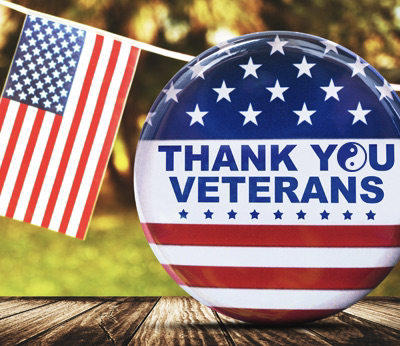 Posttraumatic Stress Disorder (PTSD) occurs after being exposed to an acute or repeated traumatic event. Symptoms can last for months to years and can affect not only the individual, but loved ones and relationships surrounding that individual. While anyone can experience PTSD, the numbers are much higher in veterans and military service personnel.

Research notes that acupuncture is a safe, potentially non-stigmatizing treatment that reduces symptoms of anxiety, depression, and chronic pain; symptoms that are extremely common in PTSD. Studies also found that patients who use acupuncture combined with usual care showed “significantly greater improvements” over patients receiving usual care only. The researchers document, “The benefits associated with acupuncture were wide ranging and robust, yielding improvements in PTSD, depression, and pain severity of sufficient magnitude to benefit global mental and physical health functioning.”

The US military has documented the usefulness of acupuncture since 1967 when an Army surgeon wrote an article on the efficaciousness of acupuncture in Military Medicine magazine. Since that time, doctors at the Walter Reed Army Medical Center in Washington recommend acupuncture for the treatment of physical pain due to injuries.

Col. Richard Niemtzow, an Air Force physician, first offered acupuncture in 1995 at McGuire Air Force Base (New Jersey). Later, he founded the Air Force acupuncture clinic at Andrews Air Force Base (Maryland). In addition to clinical care for patients, there is training for doctors to bring acupuncture therapy to war zones in Iraq and Afghanistan. The focus is on the treatment of pain and PTSD.

Let us help! Give us a call and schedule an acupuncture appointment.